Music in the Cloud

Not long before we departed on our travels last January, a friend urged us to check out the wonders of Spotify when we were in Europe. We never got around to it, so it was with some anticipation that we discovered upon our return last month that this music app, founded four years ago in Sweden, had recently become available in the United States.

Spotify promises to stream "all your favorite music," any artist, any album, any genre, anytime. The going claim seems to be that its catalogue has grown to more than 15 million tracks. This suggests that the service's cloud is all silver, and maybe even platinum, lining, which piqued my natural skepticism and set me to playing Stump Spotify.

I first threw the challenge at my grandkids. (Yes, I know, I said a couple of posts ago that I wouldn't write about them, but . . . ). They are seven (Rex) and five (Agnes) and deep into Grease, which proved a pushover for Spotify (six albums) and soon had the kids singing "Summer Nights" along with John Travolta and Olivia Newton-John, Agnes hitting the shu-pop-pops without missing a beat. 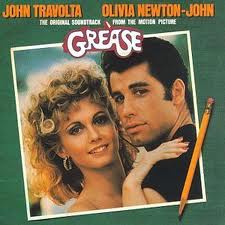 Next they tried their own names, hopeful, I suspect, that they would not be stumpers. To their delight, a search produced "Rex's Blues," a twangy number by Townes Van Zandt, and several albums featuring singers named Agnes, whose glamourous cover photos quite impressed their young namesake. She seemed less moved by "Agnes," a song written and sung by the British folk rocker Johnny Flynn, even though he professes to be inspired by Yeats and Shakespeare.

I lateraled the test to my friend David Rubin, whose shelves burst with CDs and LPs and whose knowledge of classical music arcana is so deep it includes an opera called The Tinker, by one Frantisek Skroup. David also emailed me the names of five other works he thought might flummox Spotify:
Frantisek Skroup, it turns out, wrote the Czech national anthem, in the 19th century; Spotify duly supplies this patriotic song, but not The Tinker, or any of the composer's several other operas. Nor does the catalogue include Challan's "Concerto Pastoral" or Ramey singing any of Argante's arias. But the Beecham-Handel Love in Bath and the Reger-Bach Brandenburg transcriptions came up pronto, as did the Schippers Meistersinger, recorded live at the Met.

I typed in Tubby the Tuba, the tale of a morose brass doomed to oompahs until a frog croaks him a cheerful melody that soon has Tubby soloing happily with his orchestra. This piece, composed by George Kleinsinger and Paul Tripp, was popular in the fifties and sixties, but by the time my daughter came along, in the seventies, Tubby had pretty much disappeared back into the section. Today, neither his oompahs nor even his melody stand much of a chance against shu-pop-pops and rock's noisier fare. Yet, to my surprise, I found a recording at Spotify, narrated with considerable charm by the British actor-writer Stephen Fry. 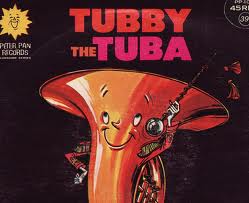 No such luck with the Brooklyn Baseball Cantata. This 12-minute hymn to the pre-Los Angeles Dodgers, also composed by Kleinsinger, describes an imaginary game in which Dem Bums beat the hated Yankees in the last of the ninth. It was sung by, among others, Robert Merrill, the Met's Brooklyn-born star baritone and an ardent baseball fan. You'll find no version at Spotify, but Merrill's is at YouTube here.  Concentrating on his performance is difficult, because for some reason he is wearing a Yankees uniform.

Besides the holes in its much-touted catalogue, Spotify has a few other glitches. Classical works recorded live often have irritating technical hiccups inserted to create tracks. And searches can prove frustratingly eccentric. Type in Porgy and Bess and up come sixteen albums, none the complete opera. Type in just Porgy and you'll find the full work, with Sir Simon Rattle leading the London Philharmonic Orchestra and the Glyndebourne Chorus.

Then there is the occasional spoilsport. I was listening to Eugene Onegin, the fine recording of Sir Georg Solti conducting the Orchestra of the Royal Opera House, Covent Garden, when I realized that I had missed the sublime "Letter Scene." I assumed I had merely been distracted, but when I went back and clicked on the aria up popped this message: "The artist/label has chosen to make this track unavailable." Two other tracks on this Decca recording got the same treatment.

So Spotify isn't perfect, but it has a remarkably deep and varied reach. It's free if you're willing to put up with visual and audio advertising, and ten bucks a month if you want these pitches banished. It's reassuring, too. Thanks to Spotify, the libidinous fantasies triggered by Jeri Southern's "You Better Go Now" (high school) and The Four Freshmen's "How Can I Tell Her" (college) still percolate, lush strings and all.
Posted by RICHARD POLLAK at 4:06 PM 3 comments: Links to this post