The headline: "She Can Play That Game, Too." The subhead: "The guys on college campuses want to have casual sex, and the girls want romance, right? Increasingly, however, women are the ones looking to hook up." The photo: an 8.5" x 8.5" shot of an unidentified though clearly eager young woman inviting a man into her bed.

Her readers were so turned on by the account of Penn women's lust for casual sex that it instantly became the paper's most emailed article, and as of this writing had drawn some 800 comments. If nothing else, this attests to the staying power of Times readers, for the piece ran upward of 100 paragraphs.

I mention this count because not until paragraph sixty-five did Taylor get around to noting: "Women said universally that hookups could not exist without alcohol, because they were for the most part too uncomfortable to pair off with men they did not know well without being drunk." (My italics.)

That observation strikes this old-fashioned journalist as worthy of placement just a tad or two higher in the story. Instead, Taylor devoted the first three-fifths of her piece to anonymous quotes ("I positioned myself in college in such a way that I can't have a meaningful romantic relationship because I'm always busy . . . .") and the usual bakeoff between experts (hooking up is a functional strategy for hard-charging women, says one; they'll be sorry, says another). 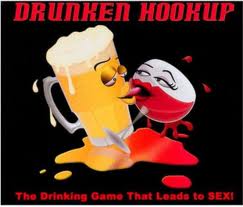 Taylor eventually deals briefly with date rape and the roles of alcohol and drugs in hookups (though not STDs). But she moves quickly on, to a study of 24,000 students at twenty-one universities. It showed, said New York University sociologist Paula England, who led the study, that women "tended to fare much better sexually in relationships than in hookups."

So it would seem. Dig deep enough into the article and you discover that the headlines, pictures and first half of the piece are mostly a tabloid tease.  "For all the focus on hook-ups," Taylor writes in paragraph eighty-one, "campuses are not sexual free-for-alls, at Penn or elsewhere. At colleges nationally, by senior year, 4 in 10 students are either virgins or have had intercourse with only one person, according to the Online College Social Life Survey."

After the Barn Update: Thanks to Chris Robley, who blogs for Book Baby, which converted and distributed my memoir, for devoting a post to the book.